While 2015 has not yet quite reached the halfway mark, the year has already witnessed a number of impressive fundraising efforts by real estate tech companies.

Among the companies bringing in a stunning amount of funds is Reonomy. The real estate research and data startup recently raised $13 million. Leading the Series B round of fundraising was Bain Capital Ventures. In total, the firm has raised $18 million in funding, including $3.7 million during its Series A round of funding earlier this year.

The firm has stated that it plans to use the funding to expand its sales capabilities and expand its markets. Founded in 2013, Reonomy features a platform designed to search through hundreds of public databases and compile a variety of different types of property information, including capital expenditure, outstanding mortgages, and more. Clients making use of the site include brokers, investment funds, and banks. 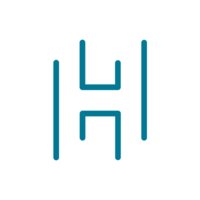 Hightower is yet another real estate tech company that has brought in an impressive amount of funding so far this year. The cloud-based leasing portfolio management firm recently raised $13 million during their Series B round. That round brought Hightower's total amount of funding $22 million, which makes it one of the industry's most heavily funded startups. Leading the round was the venture capital firm of RRE. Other investors participating in this most recent round of funding included Bessemer Venture Partners, Thrive Capital, and Pritzker Group.

Hightower has experienced an unprecedented amount of growth over the past few months. The platform, which held its Series A round of funding last August, assists brokers and landlords with tracking prospecting and current tenants. Landlords are also able to use the platform for identifying areas in their portfolios that might not be as efficient as they could be.

CrediFi, offering analytics and data for the commercial real estate industry, recently announced it has raised $8 million in funding. That round of funding was led by Battery Ventures. Other investors participating included OurCrowd and Carmel Ventures. Currently, CrediFi provides data and analytics for more than 10 billion square feet of property in the United States.

By increasing transparency in the commercial real estate industry, CrediFi is helping to resolve many of the problems that led to the credit crisis in 2008. Along with providing asset analytics, CrediFi also provides vital property, financial, and loan information.

iFunding has also tapped into the willingness of investors to funnel funds into real estate tech companies. The firm raised $2 million in funding during an equity crowdfunding round using Crowdfunder. During the course of just $48 hours, iFunding generated almost $1 million in funding commitments. According to iFunding, it plans to use the capital to boost its technology, expand operations, and increase sales. Since its inception, iFunding has raised tens of millions of dollars for a variety of projects. Most recently, the firm established a base in Asia with plans to expand its reach in the region.