RealMassive and CoStar Continue to Battle It out in the Courts

Both RealMassive and CoStar have a reputation for revolutionizing the world of real estate. Now, the two companies are battling it out in the courts over allegations of copyright infringement. Earlier in the year, CoStar Group filed a lawsuit in the U.S. District Court in Austin, accusing RealMassive of systematically stealing and improperly using photographs of commercial properties copyrighted by CoStar. 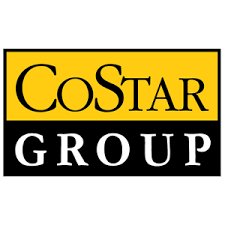 What's Involved in the Lawsuit

According to CoStar, millions of dollars in damages could be involved. The firm alleges that RealMassive built its entire business platform on the use of the stolen content. RealMassive has denied the allegations and has since filed a response to the lawsuit, claiming that CoStar has overstated the extent of potential misuse. Attorneys for RealMassive have concurred that some photographs bearing the CoStar watermark have appeared on RealMassive's website. RealMassive representatives have stated that they immediately removed the relevant images once the firm was notified of their presence. Representatives have gone on to state that only a small portion of the firm's database was affected.

CoStar certainly could have a lot at stake. While RealMassive is still very much a startup company, CoStar has long been considered the dominant firm in the industry when it comes to commercial real estate listings. Accessing data regarding industrial, office, and retail space has been largely restricted to CoStar subscribers. The data is considered so relevant that individual brokers may pay several hundred dollars per month.

RealMassive got its start two years ago when a couple of entrepreneurs decided to provide an alternative to CoStar. While CoStar is subscription based, RealMassive provides information regarding commercial real estate listings free of charge. While CoStar depends on subscriber fees as its revenue base, RealMassive monetizes its site by charging real estate companies for deeper insight and targeted marketing. The caveat to the startup's success is the willingness of brokers to voluntarily submit listing information. Within 18 months of its launch, RealMassive expanded beyond Austin and developed a presence in more than two dozen major markets.

RealMassive's Response to the Lawsuit

It was shortly after RealMassive announced bringing in an additional $3 million in funding that CoStar filed its copyright infringement lawsuit. In its funding announcement, RealMassive had stated it planned to use the funding to add more listing types and cities. In the company's recent response to the lawsuit, RealMassive has claimed that CoStar is restricted by the Federal Trade Commission from monopolizing access to the real estate data of customers, including property photos. RealMassive has gone on to state that rather than filing a lawsuit, CoStar could have elected to send a Digital Millennium Copyright Act notice requesting that RealMassive remove the relevant photos.

CoStar has fired back, stating that the FTC order does not prevent the firm from defending its own intellectual property rights. As the two companies continue to battle it out, it is unclear how the dispute will affect the commercial real estate industry.