The state of the American economy is a big player in this election cycle. With Republican candidate Donald Trump touting his business experience as Democratic candidate Hillary Clinton relies on her legislative record, voters should study their positions on economic issues. 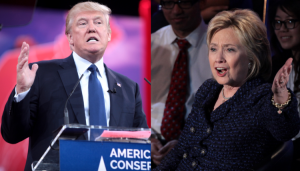 Real estate is directly impacted by economic conditions and consumer confidence. The residential market is showing signs of recovery after the housing crisis caused far-reaching financial consequences. Is it possible that this tense campaign cycle threatens to destabilize the recovery process? Let’s look at the trends of Presidential Elections and their impact on real estate.

During the last election cycle, Movoto released a study using data from the California Realtors Association and found home prices, while they continue to rise through election years, increased 1.5 percent less than in the less before and after major election cycles. A British Journal of Political Science 2014 paper on home sales in gubernatorial elections years compared to non-election years found a similar impact. Its researchers analyzed sales data from 1999 to 2006 across 35 states and concluded home sales declined slightly during presidential election years. 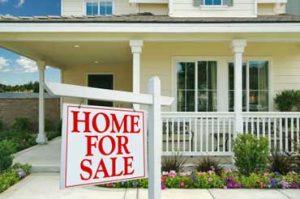 During the primaries, both candidates tended to lose in states where the housing price recovery was stronger. Trulia posed questions in July about the candidate's potential impact on housing. In their Harris Poll survey of over 2,000 U.S. adults, 39% of Americans believed home prices would rise under a Trump presidency compared to 29% for Clinton.

Looking to the Future

The key to what the future holds for residential real estate is consumer confidence. In years with lower unemployment and strong economy, consumer spending goes up. The volatility of this election cycle has injected uncertainty into the future, making the average homebuyer more wary of future conditions. Some homebuyers may wait until November to see who will guide economic policy before making a large investment into real estate.

Get More with CREtech+

This website uses cookies to improve your experience while you navigate through the website. Out of these, the cookies that are categorized as necessary are stored on your browser as they are essential for the working of basic functionalities of the website. We also use third-party cookies that help us analyze and understand how you use this website. These cookies will be stored in your browser only with your consent. You also have the option to opt-out of these cookies. But opting out of some of these cookies may affect your browsing experience.
Necessary Always Enabled

Any cookies that may not be particularly necessary for the website to function and is used specifically to collect user personal data via analytics, ads, other embedded contents are termed as non-necessary cookies. It is mandatory to procure user consent prior to running these cookies on your website.

Register to attend the CREtechU virtual summit on April 20-22