7/15/2016
With Blockchain, which is somewhat similar to Bitcoin, and other virtual currencies powered by the Blockchain technology, there is a real possibility of eliminating the need for trusted third parties when facilitating transactions by using smart contracts. These contracts make it possible to automatically verify and enforce real estate contracts without having any human involved. As a result, the need for real estate agents, inspectors, title insurance providers, and lenders is greatly reduced.

Nick Szabo, a well-respected computer scientist, came up with the original smart contract concept during the 1990s. Originally, he provided an example using a vending machine. He explained that a person would insert the required amount of money, select a product, and, in return, receive what was paid for. This created a contract between the buyer and the seller whereby both parties were required to perform a certain task. The buyer must insert money and then make a selection; the vendor, in the form of a vending machine, must provide the selected product, along with any change.

Pertaining to real estate, professionals are reluctant to make changes that would decrease work. For that reason, there are still a number of obstacles to cross in the adoption of a smart real estate contract. A Florida-based attorney by the name of Drew Hinkes, who works for the Berger Singerman law firm, stated that smart contracts would need to be treated by the court system in the same way that traditional contracts are treated.

While smart contracts do create some structural complexity when compared to written contracts that people are accustomed to, they still need to be analyzed in much the same way. Hinkes has litigated things like the discovery of virtual currency assets in the state court system. Therefore, he cautioned people who feel they can use smart contracts for exploiting loopholes or regulatory arbitrage purposes. Instead, smart contracts are designed to avoid regulatory compliance issues that, if challenged, might not be enforced.

As an open source, Blockchain technology is all about the way it is applied and who gets access. Hinkes explained that the development of the platforms for complex smart contracts is still in the very early stages. However, it offers a number of potential applications for real estate professionals. As an example, for real estate crowdfunding, different smart contracts could be used for maintaining records of the time and conditions of the investment, the amount of the investment, and even the funding source.

After achieving specific investment goals, these contracts could then be used to convey the funds to the seller automatically or, if preferred, the funds could be placed in an escrow account. Then, investors would be notified using a side chain while communicating the respective percentage of holdings owed. 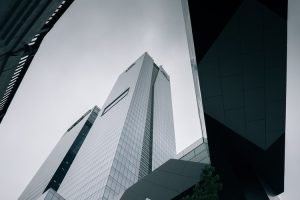